Contact The story behind London’s Pearly King and Queens

The story behind London’s Pearly King and Queens

Although international observers might think of British culture as rather staid there’s a deep and rich sub-cultural seam of riotous colour, glitz, glamour and strangeness in London’s history, and among its most visible outcrops are the city’s Pearly Kings and Queens.

They may not be an everyday sight – as they once were – but these rhinestone cockneys are intimately associated with working class London life in popular imagination and postcards, and bring a flash of reflected light into London life even in the 21st century. 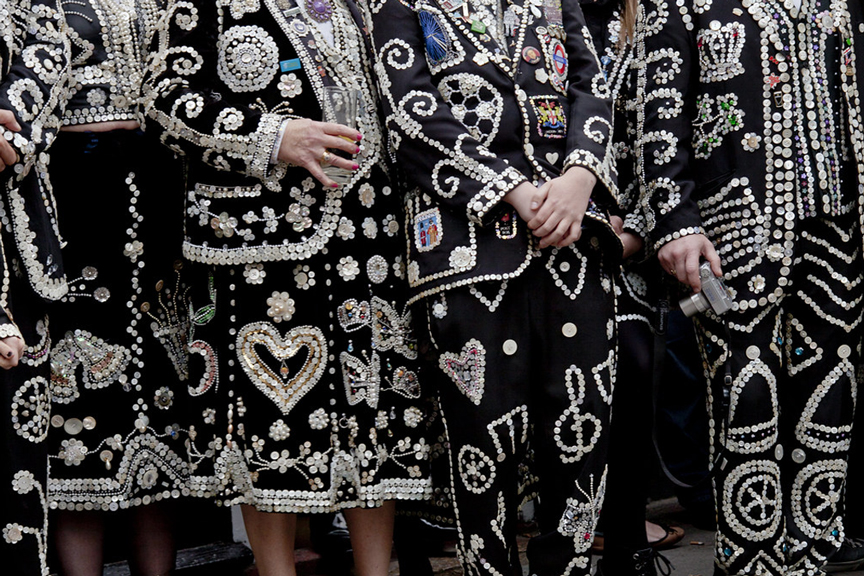 Like many folk traditions, there’s not a strong trail of documentary evidence for the Pearly royalty, but it is pretty clear that the first modern king was Henry Croft, a costermonger (a street seller, usually of fruit and veg or other food) from Somers Town who set the pearly mould by working for good causes.

London market traders are masters at banter and attention grabbing, and Henry went all in in the 1870s by covering a suit in shiny mother-of-pearl buttons to promote his collections. At his funeral he was credited with raising more than £5,000 for hospitals, a huge total at that time.

Henry was following an older tradition. Costermongers had, for centuries, organised themselves into something like local unions. These groups were led by a local “king”, who helped represent the rights of his neighbourhood’s costers. These local heroes wore shiny buttons, like Henry’s, as a sort of badge of office, but Henry’s supersizing of the look worked a treat, and inspired generations of imitators. 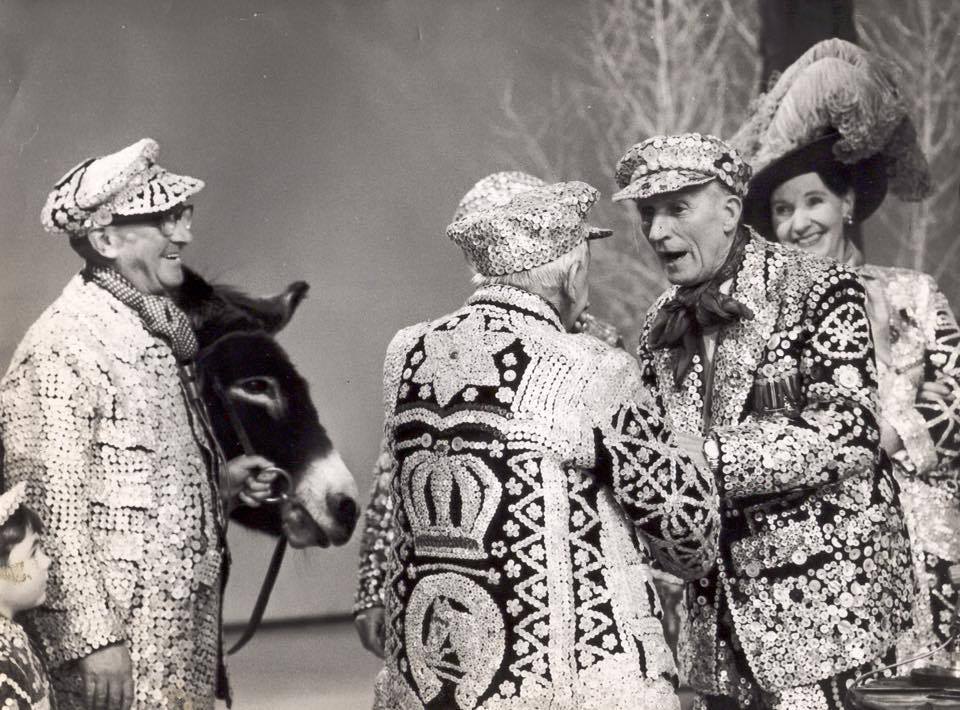 If you know the language you can read a pearly suit. The patterns sewn into them tell the story of the suit’s owner, with symbols like the heart that represents charity used by all kings, queens, princesses and princes.

This royal family is also well organised. Each London borough has a family of Pearlies, and together they make up a ruling class of several hundred people, most of whom are regulated by the Original Pearly Kings and Queens Association.

The titles are hereditary, passing down through families until their holders move out of the boroughs they “rule”.

There are expectations of this cockney royalty. Pearlies are supposed to work for charities, as Henry Croft so visibly did, and titles may be considered vacant and passed on to others if they don’t. If a Pearly family moves out of London, then their title can be given permanently to a new dynasty. 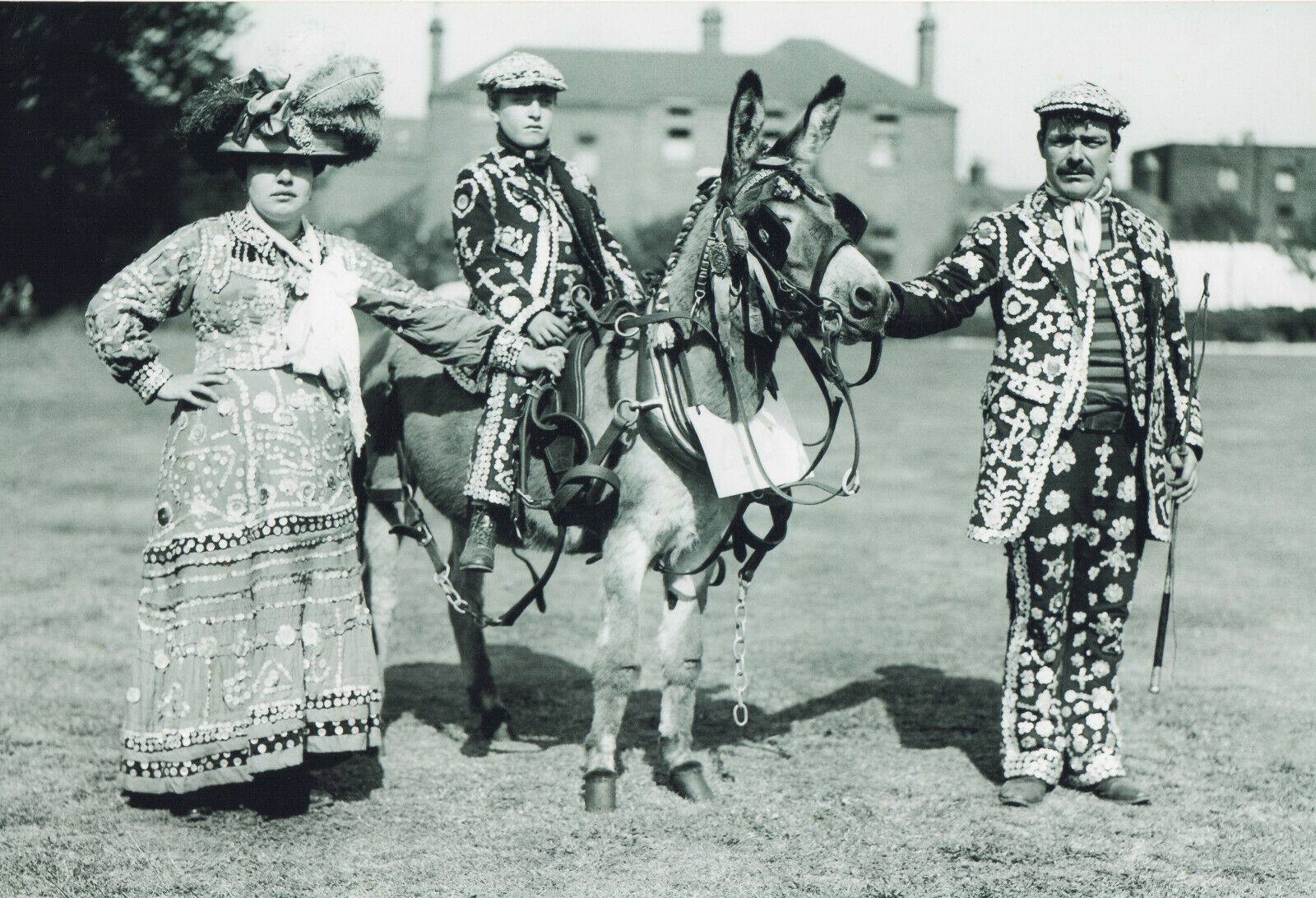 The day of the Pearlies

The Pearly dedication to charity was said to have come from their own strong community spirit. Nineteenth-century London was a tough place to earn a living selling on the street, and costers were famous for looking out for their fellow barrow boys and girls.

Even in the 21st century, the Pearlies all come out to play for Harvest Festival, meeting at Guildhall for a parade, traditional dancing and music, and a service at St Mary Le Bow, Cheapside.

It’s a striking sight, a genuine, organic London festival, and a great day out. Anyone who lives in London should visit it at least once. 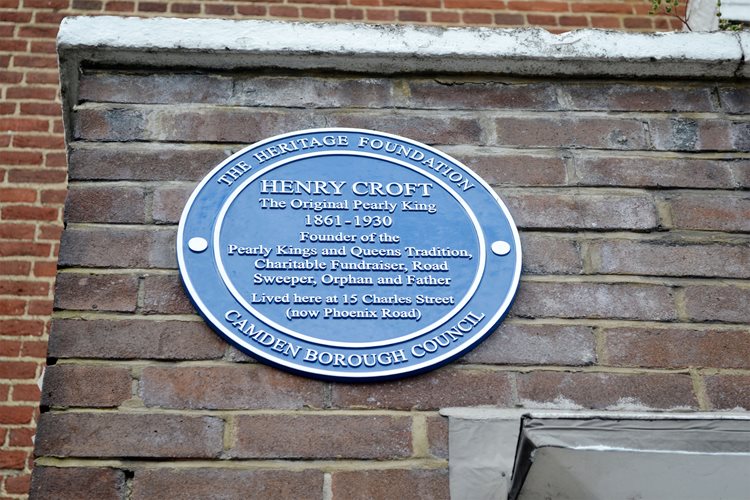 This wouldn’t be real history if there wasn’t some conflict to relate, and Pearly Kings and Queens have seen some splits in their long reign over London.

Croft himself lived a long life and useful life, reportedly raising an extraordinary £5,000 at one point, and dying in 1930 a genuine national celebrity. A memorial statue of him was erected in St Pancras and Islington Cemetery, until it was moved to St Martin in the Fields, a prominent church in the Pearly community. In May 2019, a blue plaque was unveiled in

He founded the Original Pearly Kings and Queens Association, and administers the titles of the London boroughs of Westminster, Shoreditch, Victoria, Hackney, Tower Hamlets, Islington, Dalston, Hoxton, and the City of London.

Other societies have started as recently as 2001; all of them associated with a London church.

Any rivalry is friendly though, and Harvest Sunday sees them all coming together (in 2019 it falls on Sunday, September 29th) to celebrate the best of London and provide one of the best photo opportunities of the year.

If you can’t wait till then, there’s a tribute act who perform classic London songs in pearly costumes, you can look out for pearly collections in Covent Garden and Cheshire Street (listed by the Pearly Society), or visit the Museum of London to check out some fine pearly artefacts and photographs.