With imposing Georgian and Victorian properties on pretty garden squares, the green spaces of Kennington Park and an exciting array of food and drink on offer, it’s no wonder that the area’s popularity is increasing fast. Keep an eye out and you may even spot a politician or two- after all, it is just the other side of the river from Westminster.

Mainly in the Borough of Lambeth, Kennington sits between Vauxhall and Elephant & Castle. Just a short walk from the River Thames- Pimlico and Westminster lie on the other side of Vauxhall Bridge- the area’s managed to retain a down-to-earth, community feel despite its central location.

Kennington began to develop after Westminster Bridge and Kennington Road were built in the 1750s. From the 1770s onwards, it began to take shape into the form it is in today. Another dense building period- which led to overpopulation- took place in the 19th century, leading to the area’s imposing mix of Georgian and Victorian properties. The early 20th century saw Kennington’s decline; as servants became less common, the middle classes no longer needed houses of that scale and moved further out of London.

In recent years, however, the area’s fortunes have reversed. Pockets of Kennington have been declared conservation areas and Kennington Park has been extended, while large period properties have been converted into luxury flats. Young professionals and first-time buyers are drawn to the area for its excellent transport links and proximity to central London without the price tag. You’ll also spot plenty of politicians out and about: Kennington’s proximity to Westminster can’t be beaten, and many choose to have their second homes here for easy access during the working week.

Kennington comprises many large Georgian homes- some of which are divided into sizeable flats- on idyllic squares, lending a genteel sense to the area that betrays its central location. The most famous of these squares is Cleaver Square, though there are plenty of quieter ones to discover.

Kennington is also home to large, lovely Victorian properties, mostly found on De Laune Street and Sharsted Street, whilst neo-Georgian buildings can be found further up towards Elephant & Castle, around Courtenay Square and Denny Crescent.

As one of Kennington’s premier estate agents, Marsh & Parsons is sure to have a property to suit your requirements. Desirable properties in Kennington are priced at around £800 per square foot, which is generally more affordable than neighbouring areas of south London. A one-bedroom flat will cost, on average, £484,000, while the price of a two-bed rises to £738,000.

A one-bedroom flat in Kennington will set you back approximately £1,755 a month, while a two-bedroom flat will cost around £2,251 per month.

If you’re looking to rent somewhere larger, a three-bedroom house will cost approximately £2,386 a month, while a five-bedroom house can command over £3,000 per month.

Kennington is well known for a lively dining scene, with an array of cuisine on offer that’s reflective of the diverse residents that have chosen Kennington as their home. You can find everything from traditional Eritrean food at Adulis on Brixton Road to fresh baked goods from Sally White on Kennington Road, while Cable Café and the Tommyfield offer jazz and stand-up comedy respectively to accompany your meal. Keen foodies will enjoy walking down to nearby Oval Farmers’ Market for the best in produce and street food. For an after-work drink, there’s plenty on offer: The Pilgrim, The Old Red Lion and The Black Prince are all local favourites.

For cricket fans, you don’t really get a better location than Kennington: the world-famous Oval Cricket Ground is just up the road, while Kennington Park hosts playgrounds, tennis courts and hockey and football pitches for other sports lovers. Families and history buffs alike make use of the Imperial War Museum, which has free admission apart from to special exhibitions.

Kennington’s home to the historic Kennington Park, with plenty of mature trees, wildlife and a flower garden and rose beds. For children, there’s an adventure playground, kid’s play area, while active types will make use of the astro turf, sprint tracks, basketball and netball courts, football and hockey pitches, and tennis courts.

The park’s café fosters a sense of community by working with local suppliers and small farms. Kennington park also has plenty of toilets facilities.

Kennington’s transport links are second-to-none, with easy links to central London, The City, and beyond. Many people are attracted to the area because of its proximity to Vauxhall station. From here you can get the Victoria line into central London and up to King’s Cross in ten minutes, or trains out of London to south-west England.

The Northern line at Kennington Underground station provides links to the City and north London, and the area is well-served by plenty of bus routes.

M&P loves: Sally White for a sweet treat or sandwich and Cable Cafe for live jazz with your drinks. 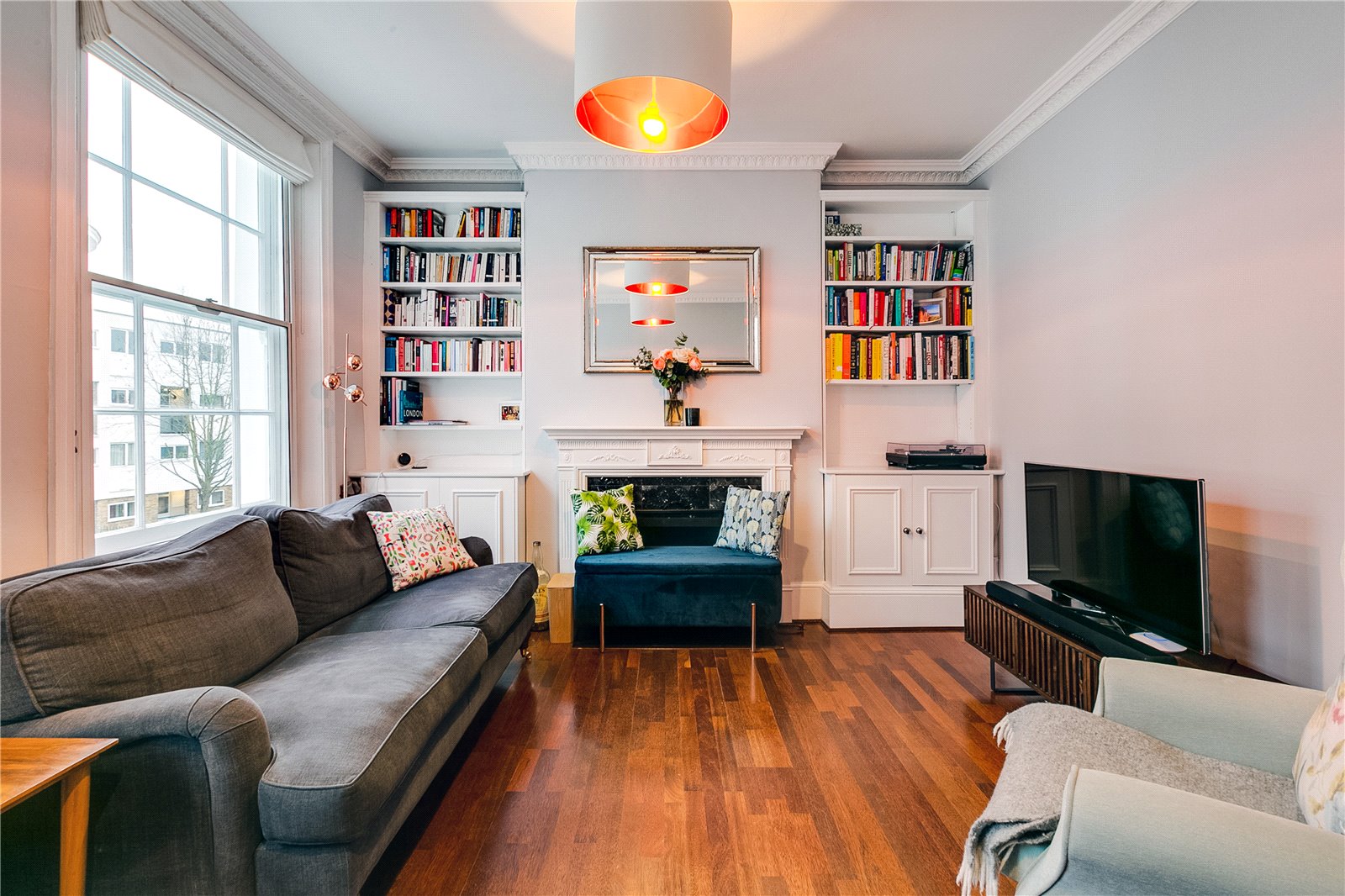 Properties for sale in Kennington 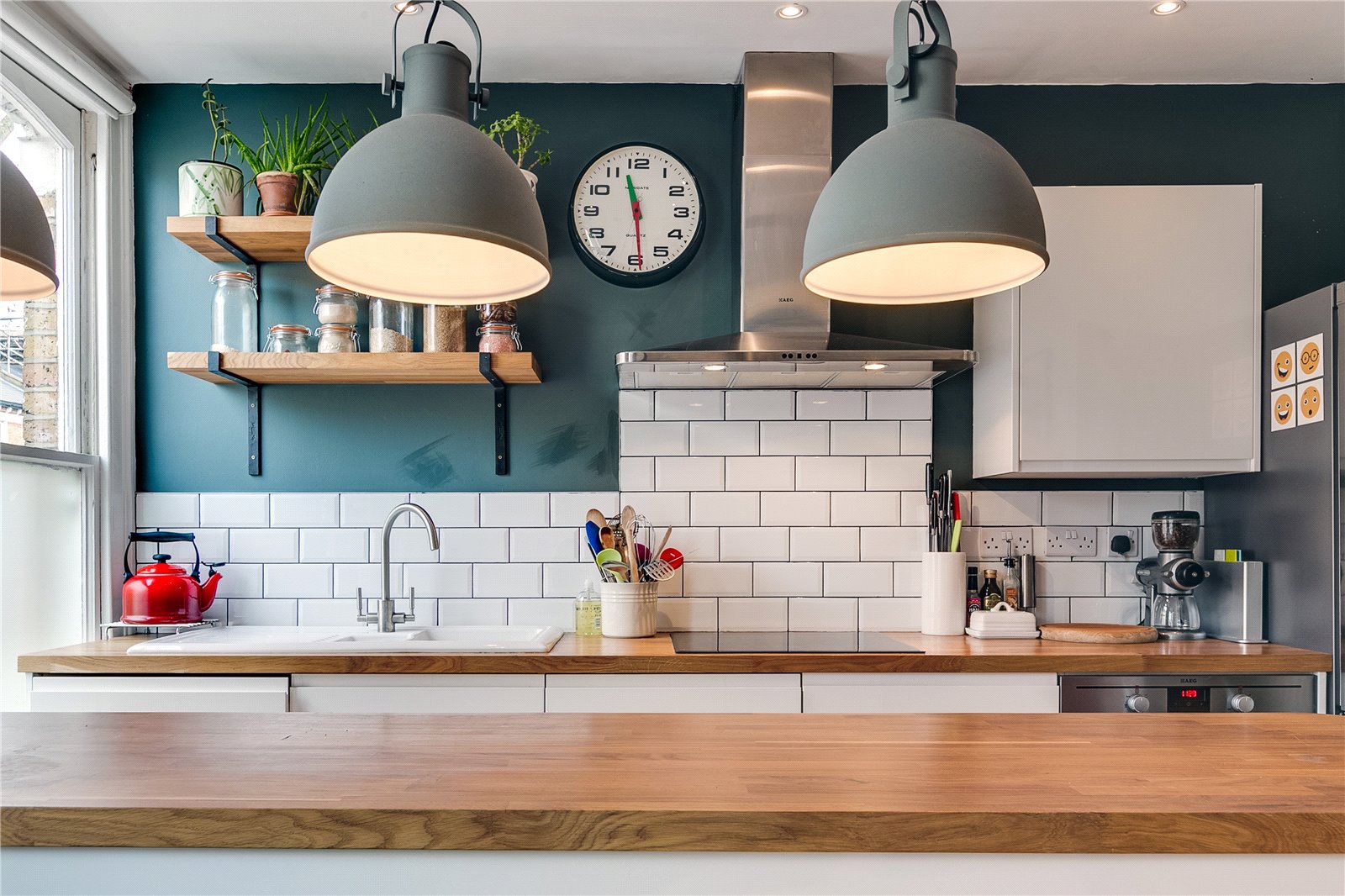 Properties for rent in Kennington